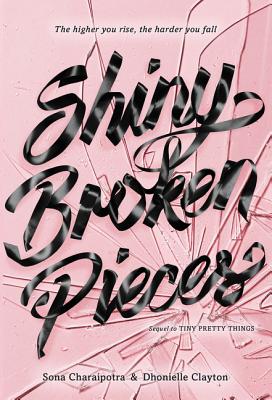 June, Bette, and Gigi are competing one final time for a spot at the prestigious American Ballet Company. With the stakes higher than ever, these girls have everything to lose…and no one is playing nice.

June is starting to finally see herself as a prima ballerina. But being the best could mean sacrificing the love of her life. Legacy dancer Bette is determined to clear her name after she was suspended and accused of hurting her rival, Gigi. And Gigi is not going to let Bette—or the other dancers who bullied her—go unpunished.

It all comes down to this last dance. Who will make the cut? And who will lose her dream forever?

“The action never lets up in this scandalous sequel. Those who enjoyed Tiny Pretty Things will not be disappointed.” — Voice of Youth Advocates (VOYA)

Praise for TINY PRETTY THINGS: “A page–turner with a heart.” — Kirkus Reviews

Praise for TINY PRETTY THINGS: “Appealing both to dancers and drama lovers, this engaging, pulpy read skillfully explores a variety of issues, from sexual orientation to ethnic identity to single–parent households, in a glamorous, high–stakes setting.” — Booklist

Praise for TINY PRETTY THINGS: “A beautiful example of diversity in characters and settings.” — Voice of Youth Advocates (VOYA)

Praise for TINY PRETTY THINGS: “Charaipotra and Clayton skillfully craft three distinctive, complex characters. This enticing glimpse into the ballet world is rich with detail and drama as the authors highlight its glamour and darkness.” — Publishers Weekly

Dhonielle Clayton is the New York Times bestselling author of the Belles series and The Marvellers and the coauthor of The Rumor Game and the Tiny Pretty Things duology, which was made into a Netflix original series. She is COO of the nonprofit We Need Diverse Books and the owner of Cake Creative.