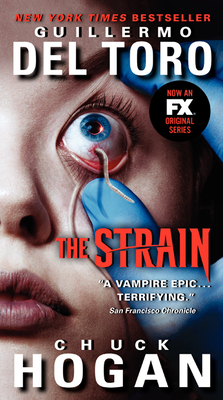 An epic battle for survival begins between man and vampire in The Strain—the basis for the FX series and the first book in a heart-stopping trilogy from one of Hollywood’s most inventive storytellers and a critically acclaimed thriller writer.

Guillermo del Toro, the genius director of the Academy Award-winning Pan’s Labyrinth and Hellboy, and Hammett Award-winning author Chuck Hogan have joined forces to boldly reinvent the vampire novel. Brilliant, blood-chilling, and unputdownable, The Strain is a nightmarish thriller of the first order.