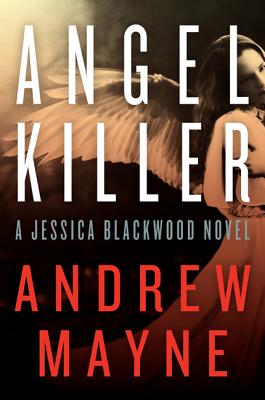 In the first installment in Andrew Mayne's sensational mystery series, FBI agent Jessica Blackwood believes she has successfully left her complicated life as a gifted magician behind her . . . until a killer with seemingly supernatural powers puts her talents to the ultimate test.

A mysterious hacker, who identifies himself only as “Warlock,” brings down the FBI’s website and posts a code in its place. It hides the GPS coordinates of a Michigan cemetery, where a dead girl is discovered rising from the ground . . . as if she tried to crawl out of her own grave.

Born into a dynasty of illusionists, Jessica Blackwood is destined to become its next star—until she turns her back on her troubled family, and her legacy, to begin a new life in law enforcement. But FBI consultant Dr. Jeffrey Ailes’s discovery of an old copy of Magician Magazine will turn Jessica’s carefully constructed world upside down. Faced with a crime that appears beyond explanation, Ailes has nothing to lose—and everything to gain—by taking a chance on an agent raised in a world devoted to seemingly achieving the impossible.

The body in the cemetery is only the first in the Warlock’s series of dark miracles. Thrust into the media spotlight, with time ticking away until the next crime, can Jessica confront her past to embrace her gifts and stop a depraved killer?

If she can’t, she may become his next victim.

“A magical debut that mixes charismatic characters, an intriguing premise and a dash of illusionists’ secrets to entertain readers and leave them eager for the next act.” — Kirkus Reviews

“Mayne, the star of the A&E show Don’t Trust Andrew Mayne, combines magic and mayhem in this delightful beginning to a new series…. Readers will look forward to Jessica’s future adventures.” — Publishers Weekly

“Lovers of high-action thrillers will be delighted to discover Angel Killer by Andrew Mayne, who has used his extensive experience as a professional illusionist as the basis for an unusual and highly entertaining detective story.” — Shelf Awareness

“Mayne … mixes the best of an FBI procedural with an exposé of how magicians operate their craft. The end result is a … fascinating page-turner.… readers will be eager to read more thrillers featuring Jessica Blackwood. — Romantic Times BOOKclub

“Angel Killer will have you compulsively turning the pages until the very end.…Andrew Mayne…lives up to the standards of well-known authors of thrillers.” — Genii Magazine

“A fun read that goes quickly, holds your interest, and spices up your week with...a great story.” — M–U–M Magazine

Andrew Mayne started his first illusion tour while he was a teenager and was soon headlining in resorts and casinos around the world. He’s worked behind the scenes creatively for David Copperfield, Penn & Teller, and David Blaine. With the support of talk show host and amateur magician Johnny Carson, Andrew started a program to use magic to teach critical thinking skills in public schools for the James Randi Educational Foundation. Andrew’s “Wizard School” segments, teaching magic and science to children, aired nationwide on public television. He also starred in the reality show Don’t Trust Andrew Mayne.