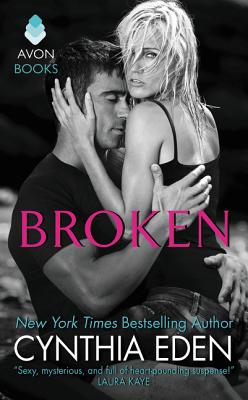 Ex-SEAL and LOST founder Gabe Spencer is accustomed to the unusual in his job. But when knockout Eve Gray steps into his office, he's rattled. For the mysterious woman is a dead ringer for the heiress thought to be the latest prey of the serial killer who goes by the name Lady Killer.

When Eve awoke in an Atlanta hospital, her past was a blank slate. Then she recognized her own face in the newspaper and vowed to learn the truth. Determined to confront the nightmares hidden in her mind, she never expects to find a partner in Gabe.

As Gabe and Eve work together, their explosive attraction becomes irresistible. Gabe knows that his desire for Eve is growing too strong, bordering on a dangerous obsession, but nothing pulls him away from her. And when another Eve lookalike disappears, Gabe vows to protect Eve at all costs. While Eve may have forgotten the killer in her past, it's clear he hasn't forgotten her.

Award-winning author Cynthia Eden writes dark tales of paranormal romance and romantic suspense. She is a New York Times, USA Today, Digital Book World, and IndieReader bestseller. Cynthia is also a two-time finalist for the RITA® Award (she was a finalist both in the romantic suspense category and in the paranormal romance category). Since she began writing full-time in 2005, Cynthia has written more than thirty novels and novellas. She lives along the Alabama Gulf Coast.

“Cynthia Eden’s BROKEN is what romantic suspense is supposed to be - fast, furious, and very sexy! In the LOST Agency, Eden has created a complex cast of characters that readers will love - leaving them eagerly anticipating the next team member’s story.”
— Karen Rose, #1 New York Times bestselling author

“BROKEN is Alfred Hitchcock meets Criminal Minds with a big helping of erotica thrown in…a whirlwind of sensuality and suspense that is highly addictive. Cynthia Eden succeeds at creating another red hot romance with a compelling mystery.”
— Fresh Fiction

“Fast-paced and carefully plotted, this über-steamy thriller gets Eden’s new series off to a captivating start in a story that dangles red herrings with abandon and keeps readers unsure until the end.”
— Library Journal
or
Not Currently Available for Direct Purchase
Copyright © 2020 American Booksellers Association