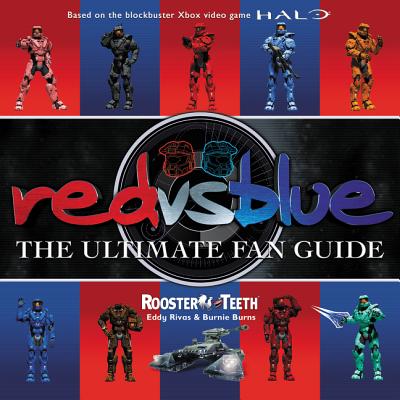 In Red vs. Blue, its creators at Rooster Teeth brings together more than a decades' worth of ephemera and behind-the-scenes information from the popular comedic web series, including:


Praise For Red vs. Blue: The Ultimate Fan Guide…

Rooster Teeth is an award-winning creative production studio responsible for Internet franchises such as Red vs. Blue, the longest-running web series in history; the reality gamer series The Gauntlet; live-action Rooster Teeth Shorts; and Immersion, a show that tests video game concepts in the real world. It is also the home of the gaming website AchievementHunter.com and the producer of the award-winning Rooster Teeth Podcast. With a dedicated worldwide fan community, Rooster Teeth created RTX (Rooster Teeth Expo), an annual gaming and Internet convention held in Austin, Texas, which attracts thousands of gamers and Rooster Teeth fans from around the world. Rooster Teeth started as a few friends working out of a spare bedroom in a house in Buda, Texas, and has grown into a full-fledged media empire with tens of millions of fans all over the globe and more than six billion video views.