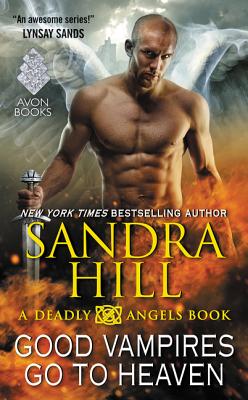 Two-thousand-year-old vampire demon Zeb is supposed to spend eternity turning mortal sinners into bad guy Lucipires like himself. That way, they can grow their numbers and fight the vampire angels known as Vangels. But Zeb is a bad boy in a good way—secretly working as a double agent for none other than St. Michael the Archangel in hopes of one day earning his wings. Problem is, Zeb’s betrayal is discovered.

Until Regina, a foxy, flame-haired Vangel witch on a rescue mission, busts out Zeb, along with three oddball Lucipire witches. Hello, temptation!

Their escape unleashes a war to defeat all Vangels forevermore. In an epic madcap battle between good and evil, a Demon just might earn his wings . . . and spend eternity with the Vangel of his wildest dreams.