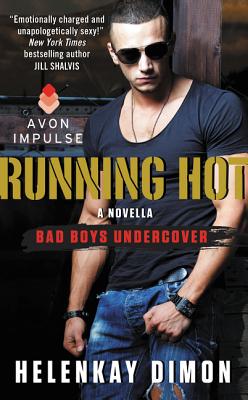 HelenKay Dimon kicks off her hot new romantic suspense series, Bad Boys Undercover, featuring the fierce men of Alliance— and the only women capable of taming their hearts

Camped out at a resort bar in Fiji, CIA operative Ward Bennett may look like he's on vacation but he's really deep undercover, hunting a dictator on the run. Ward may be on the job, but that doesn't mean there isn't time for the sexy female bartender. That is, until she drugs him.

When Tasha Gregory discovers the hottie on the barstool isn't who he pretends to be, her MI6 training kicks into gear, and she has no choice but to take him out. Problem is, Ward's not an easy man to put down for long. More than once, his interference almost blows her surveillance operation—and her ability to keep her heart to herself.

As the situation heats up, these two must decide whether they can trust one another—and quick. Working together might just make everyone safer, but getting close enough for comfort … might just get them killed.