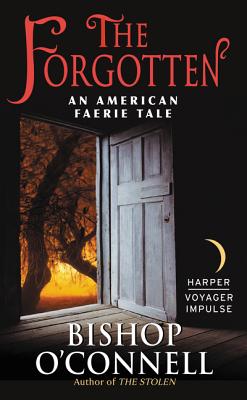 Across the United States, children are vanishing. Only this time, faeries may not be to blame …

Dante, Regent of the fae's Rogue Court, has been receiving disturbing reports. Human children are manifesting magical powers in record numbers. Shunned and forgotten, they live on the streets in ragtag groups with the already-booming population of homeless changelings. But the streets aren't a haven; someone, or something, is hunting these children down.

Wraith, a teenage spell slinger, has no home, no family, and no real memories of her past. She and her friends SK, Fritz, and Shadow are constantly on the run, fleeing from a dark and unknown enemy. But when her companions are taken by "the snatchers," Wraith is their only hope. Her journey to find them will test the limits of her magic—and her trust. A dark force is on the rise, and it could spell the end of our world as we know it.

Bishop O'Connell is a consultant, writer, blogger, lover of kilts and beer, as well as a member of the Science Fiction & Fantasy Writers of America. Born in Naples Italy, while his father was stationed in Sardinia, Bishop grew up in San Diego, CA where he fell in love with the ocean and fish tacos. While wandering the country for work and school (absolutely not because he was in hiding from mind controlling bunnies), he experienced autumn in New England. Soon after, he settled in Manchester, NH, where he collects swords, drinks, writes, revels in his immortality as a critically acclaimed "visionary" of the urban fantasy genre, and is regularly chastised for making up things for his bio. He can also be found online at A Quiet Pint (aquietpint.com), where he muses philosophical on the life, the universe, and everything, as well as various aspects of writing and the road to getting published.


Praise For The Forgotten: An American Faerie Tale…

“I get the very strong feeling that O’Connell is leading us somewhere as yet unrevealed with The Forgotten and The Stolen. The characters from these two novels are interconnected for a reason and I’m looking forward to seeing where he takes us in the fabulous series.”
— The Qwillery on THE FORGOTTEN

“The Forgotten’s imaginative world, unique characters, and action-packed storyline had me hooked. I would definitely recommend this and I’m looking forward to reading more stories by O’Connell in the future. ”
— Addicted 2 Heroines on THE FORGOTTEN
or
Not Currently Available for Direct Purchase
Copyright © 2020 American Booksellers Association