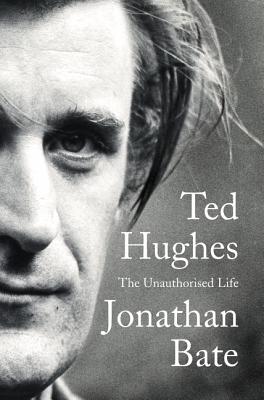 “Bate has written, capaciously, arrestingly, a kind of tragedy…often veers close to the poet’s singular perspective…He reminds us Ted Hughes was a marvelous poet: firstly, then fitfully, and then in a blaze near the end, and that the greatness in the work draws power from sources deeper than myth.” — Glyn Maxwell, New York Times Book Review

“Magisterially respectful of Hughes…An uncompromising biographer [who] hasn’t been swayed by interested parties…In Hughes’s life, with its echoes of Greek tragedy, Bate finds grist for a new perspective on his work.” — Christopher Benfey, The Atlantic

“Jonathan Bate is a dazzling scholar, and in TED HUGHES he sheds new light on the poet and his times…Mr. Bate embodies…the touchstone of good biography: the complete sympathy of complete detachment.” — Sara Wheeler, in "The Best Biographies of 2015," Wall Street Journal

“A vigorous biography… Bate, a professor of literature, gives sustained attention to Hughes’s poems, substantiating the poet’s own view that “as an imaginative writer, my only capital is my own life.” — The New Yorker

“An intelligent, even donnish work of criticism that connects the poems to the life…” — Washington Post

“This scrupulous biography acknowledges and explicates Hughes’s brilliance as one of the twentieth century’s great poets…Hughes deserved a fine biographer, and in Bate he got one.” — Daily Beast

“Scrupulous and lucid… [Hughes] was a dedicated and brilliantly sharp-eyed recorder of material that might or might not one day get hammered into poetry, and even the tiny pieces that Bate gives us glitter.” — The Guardian