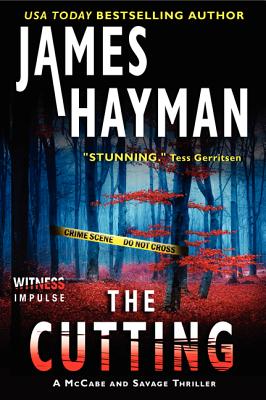 “Detective Michael McCabe moves from the fast-paced life of New York City to the more peaceful and idyllic Portland, Maine, in order to escape his past. Unfortunately, when his new life is shattered by the appearance of a serial killer, it's up to McCabe to stop this madman before he strikes again. A clever and suspenseful thriller.”
— Bob Connolly, Jabberwocky Bookshop & Cafe, Newburyport, MA
View the List

The first novel in the nationally bestselling McCabe and Savage series—perfect for fans of John Sandford and CJ Box.

Someone is stealing the hearts of beautiful women...

Detective Mike McCabe moved from a top homicide job with the NYPD to Portland, Maine to leave his failed marriage and suspicions of wrongdoing behind, and to find a more peaceful life for himself and his 13 year old daughter.

But the small New England city is not nearly as safe as he thought.

On a warm September night, a missing high-school athlete is found dead in a scrap metal yard, her heart removed from her body with surgical precision. As outrage over the killing spreads, a young business woman disappears while out on a morning jog.

McCabe is certain both crimes are the work of one man—a murderer skilled in cardiac surgery who is using his scalpel to target young women. With the clock ticking, McCabe and his partner Maggie Savage find themselves in a desperate race against time to find and rescue the missing woman before she becomes the next victim of the sadistic killer's blade.

“Taut, deft and with a delicate sense of place, this is supremely accomplished storytelling--not just another depiction of a serial killer rampage.” — Daily Mail (London) on THE CUTTING

“Hayman’s pacing is perfect....THE CUTTING is an unsettling thriller, not because Portland and the state have a history of madmen killing strangers on a rampage. What’s frightening is that Hayman makes it seem possible, even probable” — Bangor Daily News on THE CUTTING

“In THE CUTTING, [Hayman] gives readers a suspenseful police procedural whirling around a character who has the brains, courage and human concern to be the reader’s hero from start to finish.” — Portland Press Herald on THE CUTTING

James Hayman is the New York Times bestselling author of the McCabe and Savage thrillers The Cutting, The Chill of Night, Darkness First, and The Girl in the Glass, which combined have sold more than half a million copies.