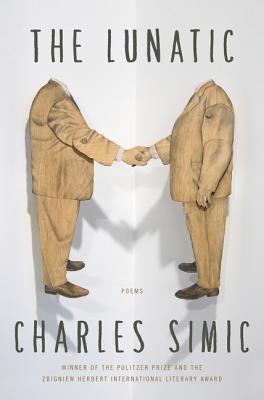 From Pulitzer Prize winner and former Poet Laureate Charles Simic comes a dazzling collection of poems as original, meditative, and humorous as the legendary poet himself.

This latest volume of poetry from Charles Simic, one of America’s most celebrated poets, demonstrates his revered signature style—a mix of understated brilliance, wry melancholy, and sardonic wit. These seventy luminous poems range in subject from mortality to personal ads, from the simple wonders of nature to his childhood in war-torn Yugoslavia.

For over fifty years, Simic has delighted readers with his innovative form, quiet humor, and his rare ability to limn our interior life and concisely capture the depth of human emotion. These stunning, succinct poems—most no longer than a page, some no longer than a paragraph—validate and reinforce Simic’s importance and relevance in modern poetry.


Praise For The Lunatic: Poems…

“Charles Simic’s The Lunatic is a series of short, vivid poems. Each magnifies a moment or scene to highlight its complexity, humor or strangeness. . . . Every page has its own vibrant life, sometimes troubling or poignant.”
— Washington Post

“70 grimly playful poems that confirm his position among the literary elite...Unvarnished yet profound, these poems show a boundless sensitivity underneath their impish presentation...Simic’s new collection is an outlandish and masterly mixture of morbidity and heartfelt yearning.”
— Publishers Weekly

“Driven by his signature melancholy and sardonic humor...Spiked with clues to larger mysteries, Simic’s unnerving puzzle poems are works of insomniac witnessing and tempered love for our precious, haunted, rapturous, and dangerous world...”
— Booklist (starred review)

“Pulitzer Prize-winning poet Simic brings a nuanced, cosmopolitan perspective to his essays, which explore art, intellect, his childhood memories, and the immigrant experience in America.”
— O, the Oprah Magazine

“The Lunatic, his newest poetry collection, is his thirty-sixth. Simultaneously, Ecco, his publisher, has brought out The Life of Images: Selected Prose ,... the cream of his six previous prose collections... one of our finest poets,... a singularly engaging, eminently sane American essayist.”
— New York Review of Books