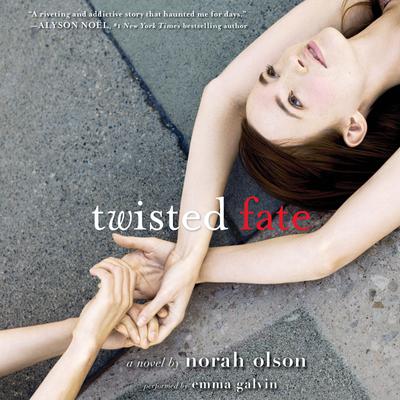 Told in alternating points of view by a wide cast of characters, Twisted Fate is a tensely wrought psychological thriller, perfect for fans of We Were Liars by E. Lockhart.

Ally and Sydney couldn’t be more different—one shy, the other popular and outgoing—and when a new boy moves in next door, tensions between the sisters escalate. Graham is attractive, peculiar, and perhaps a little dangerous, and both girls are drawn to him in ways they can’t quite explain. As each girl’s relationship with Graham unfolds the more complicated the truth becomes—until a shocking encounter turns their sleepy coastal town upside down, and makes the sisters question everything they thought they knew about themselves and each other.