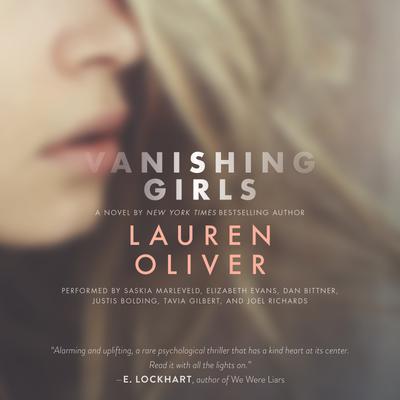 Lauren Oliver is the author of the YA bestselling novels Before I Fall, Panic, and Vanishing Girls and the Delirium trilogy: Delirium, Pandemonium, and Requiem, which have been translated into more than thirty languages and are New York Times and international bestselling novels. She is also the author of three novels for middle grade readers: The Spindlers; Liesl & Po, which was an E. B. White Read Aloud Award nominee; and Curiosity House: The Shrunken Head, co-written with H. C. Chester, and a novel for adults, Rooms. A graduate of the University of Chicago and NYU’s MFA program, Lauren Oliver is also the cofounder of the boutique literary development company Paper Lantern Lit.