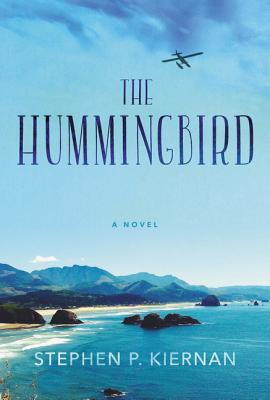 “The Hummingbird is a novel that shares its unexpected gifts and teaches us that surrender is a part of love, and that giving away our weapons is the first step to peace.” — Mary Morris, author of The Jazz Palace

“Evocative and insightful . . . a wise and transformative novel that is psychologically astute and written in beautifully paced, expressive, and understated prose that is all the more poignant for its simplicity.” — San Francisco Review of Books

“Stephen Kiernan writes with surefooted mastery and patience. ...What thrilled me about The Hummingbird is that I learned again that sometimes an unbridgeable chasm can be crossed by a leap of the imagination.” — Peter Heller, author of The Painter and The Dog Stars

Praise for The Curiosity: “[THE CURIOSITY] poses provocative questions about life and humanity.” — Entertainment Weekly on THE CURIOSITY

“If you want your beach read to deliver some goose bumps, snag Stephen P. Kiernan’s The Curiosity. In this romantic thriller, a man who’s been buried in Arctic ice for over a century is reanimated, with shocking results.” — Good Housekeeping

“One of the year’s great delights. . . . [A] beautifully made first work of fiction.” — Alan Cheuse, NPR

“Stephen P. Kiernan’s The Curiosity is a true page-turner, mixing cutting edge science with an all-too-human love story, while simultaneously taking on the Big Questions. It’s one of the most assured debuts in years, a book that will stop your heart and start it again.” — Justin Cronin, bestselling author of The Passage