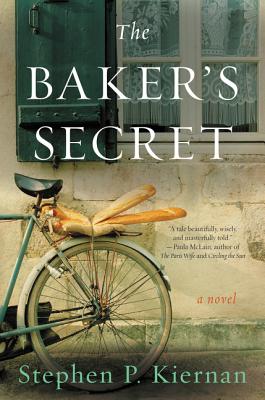 “Emma is an apprentice baker in a small Normandy village during the Nazi occupation whose quiet determination to keep her friends and grandmother alive is heroic and heart-wrenching. Forced to bake ten loaves of bread for the Kommandant each day, Emma stretches her supplies to make extra loaves to help feed the starving villagers. While she refuses to think she is part of the resistance and has lost hope of the Allies arriving, Emma epitomizes the French spirit of survival. Once again, we learn that the bravest among resistance fighters are often little more than children themselves. What a beautiful book to recommend to book groups and customers seeking a well-written story.”
— Patricia Worth, River Reader LLC, Lexington, MO
View the List

A tale beautifully, wisely, and masterfully told.” — Paula McLain, author of The Paris Wife and Circling the Sun

From the multiple-award-winning, critically acclaimed author of The Hummingbird and The Curiosity comes a dazzling novel of World War II—a shimmering tale of courage, determination, optimism, and the resilience of the human spirit, set in a small Normandy village on the eve of D-Day.

On June 5, 1944, as dawn rises over a small town on the Normandy coast of France, Emmanuelle is making the bread that has sustained her fellow villagers in the dark days since the Germans invaded her country.

Only twenty-two, Emma learned to bake at the side of a master, Ezra Kuchen, the village baker since before she was born. Apprenticed to Ezra at thirteen, Emma watched with shame and anger as her kind mentor was forced to wear the six-pointed yellow star on his clothing. She was likewise powerless to help when they pulled Ezra from his shop at gunpoint, the first of many villagers stolen away and never seen again.

In the years that her sleepy coastal village has suffered under the enemy, Emma has silently, stealthily fought back. Each day, she receives an extra ration of flour to bake a dozen baguettes for the occupying troops. And each day, she mixes that precious flour with ground straw to create enough dough for two extra loaves—contraband bread she shares with the hungry villagers. Under the cold, watchful eyes of armed soldiers, she builds a clandestine network of barter and trade that she and the villagers use to thwart their occupiers.

But her gift to the village is more than these few crusty loaves. Emma gives the people a taste of hope—the faith that one day the Allies will arrive to save them.


Praise For The Baker's Secret: A Novel…

Praise for The Baker’s Secret:  “Transcends even a critical moment in history to suggest the inescapable human condition of ignorance of the future, and the absolute necessity of hope, courage, and unselfish sacrifice.”
— Sena Naslund, author of Ahab's Wife, Four Spirits, and The Fountain of St. James Court

— Paula McLain, author of The Paris Wife and Circling the Sun

“In this moving saga, Stephen P. Kiernan tells the story of soldiers and survivors, heroes and healing. . . . I’m not sure I’ve ever read a novel that so poignantly depicts the brevity of life, the significance of each moment, the impact we have on one another.”
— Mary Morris, author of The Jazz Palace