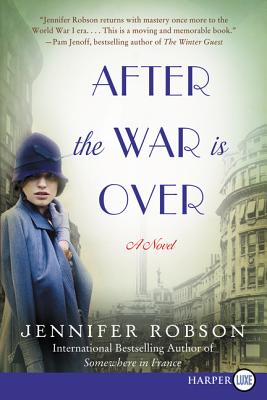 After the War Is Over


Praise For After the War Is Over: A Novel…

“A glorious journey from grief to celebration. Once I started reading, I couldn’t put this novel down. The story is engaging, memorable and beautifully imagined.” — Jeanne Mackin, author of The Beautiful American

“I loved this book! Jennifer Robson is a gifted, compelling storyteller who creates memorable characters. In this novel she perfectly captures the hopes and fears of a generation in the turbulent times of post-war Britain. I look forward to her next!” — Hazel Gaynor, New York Times bestselling author of The Girl Who Came Home

“Robson captures the atmosphere of post-WWI England beautifully, portraying the changing social and political climate, as well as the rebuilding of the country in the aftermath of the Great War. Calmly and compassionately rendered, realistic and romantic, After the War is Over is a wonderful testament to its survivors.” — RT Book Reviews