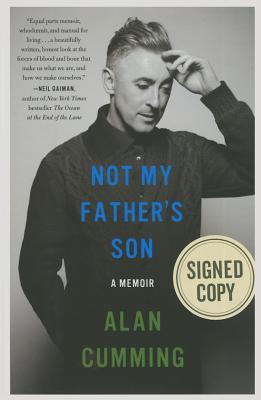 Not My Father's Son Signed Copy

With ribald humor, wit, and incredible insight, Alan seamlessly moves back and forth in time, integrating stories from his childhood in Scotland and his experiences today as a film, television, and theater star. At times suspenseful, deeply moving, and wickedly funny, Not My Father's Son will make readers laugh even as it breaks their hearts.