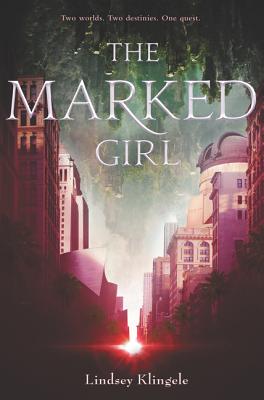 When Cedric, crowned prince of Caelum, and his fellow royal friends (including his betrothed, Kat) find themselves stranded in modern-day LA via a magical portal and an evil traitor named Malquin, all they want to do is get home to Caelum—soon. Then they meet Liv, a filmmaker foster girl who just wants to get out of the system and on with her life. As she and Cedric bond, they’ll discover that she’s more connected to his world than they ever could’ve imagined…and that finding home is no easy task.


Praise For The Marked Girl…

“A magical debut with a big heart.”
— Elissa Sussman, author of Stray

“Klingele turns the typical portal fantasy inside out.”
— Publishers Weekly

“This entertaining series opener will leave teens waiting impatiently to find out what is in store for this likable cast of characters...should appeal to reluctant readers as well as fantasy fans.”
— Voice of Youth Advocates (VOYA)