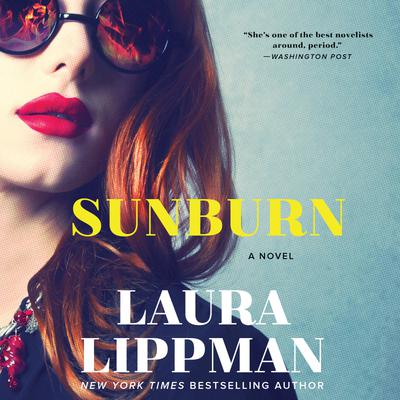 New York Times bestselling author Laura Lippman returns with a superb novel of psychological suspense about a pair of lovers with the best intentions and the worst luck: two people locked in a passionate yet uncompromising game of cat and mouse. But instead of rules, this game has dark secrets, forbidden desires, inevitable betrayals—and cold-blooded murder.

One is playing a long game. But which one?

They meet at a local tavern in the small town of Belleville, Delaware. Polly is set on heading west. Adam says he’s also passing through. Yet she stays and he stays—drawn to this mysterious redhead whose quiet stillness both unnerves and excites him. Over the course of a punishing summer, Polly and Adam abandon themselves to a steamy, inexorable affair. Still, each holds something back from the other—dangerous, even lethal, secrets.

Then someone dies. Was it an accident, or part of a plan? By now, Adam and Polly are so ensnared in each other’s lives and lies that neither one knows how to get away—or even if they want to. Is their love strong enough to withstand the truth, or will it ultimately destroy them?

Which one will it be?

Since Laura Lippman’s debut, she has won multiple awards and critical acclaim for provocative, timely crime novels set in her beloved hometown of Baltimore. Laura has been nominated for more than 50 awards for crime fiction and won almost 20, including the Edgar. Her books have been translated into over twenty languages. Now a perennial New York Times bestselling author, she lives in Baltimore and New Orleans with her family.