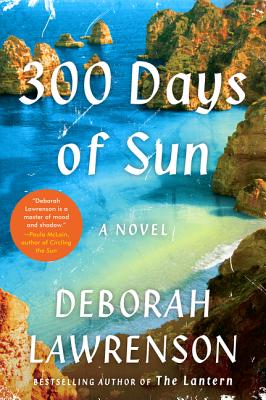 Traveling to Faro, Portugal, journalist Joanna Millard hopes to escape an unsatisfying relationship and a stalled career. Faro is an enchanting town, and the seaside views are enhanced by the company of Nathan Emberlin, a charismatic younger man. But behind the crumbling facades of Moorish buildings, Joanna soon realizes, Faro has a seedy underbelly, its economy compromised by corruption and wartime spoils. And Nathan has an ulterior motive for seeking her company: he is determined to discover the truth involving a child’s kidnapping that may have taken place on this dramatic coastline over two decades ago.

Joanna’s subsequent search leads her to Ian Rylands, an English expat who cryptically insists she will find answers in The Alliance, a novel written by American Esta Hartford. The book recounts an American couple’s experience in Portugal during World War II, and their entanglements both personal and professional with their German enemies. Only Rylands insists the book isn’t fiction, and as Joanna reads deeper into The Alliance, she begins to suspect that Esta Hartford’s story and Nathan Emberlin’s may indeed converge in Faro—where the past not only casts a long shadow but still exerts a very present danger.

“With its lush settings, high-stakes suspense, and novel-within-a-novel, 300 Days of Sun is a feast for fiction lovers. Lawrenson delivers a labyrinth of complex relationships the reader is both breathless to solve and eager to return to upon completion. Haunting.”
— Erika Robuck, author of Hemingway's Girl and The House of Hawthorne

“A deeply satisfying novel, a rich story with a strong feeling for time and place and the expert pacing of the best thrillers. Readers will appreciate Lawrenson’s ability to combine stunning atmosphere with a fascinating historical backstory.”
— Booklist, starred review

“Beautiful storytelling along with a beautiful setting....With an intricately layered plot and enigmatic, complex characters, Lawrenson crafts a story edged in mystery that blends the past during World War II with the present day. An intriguing read.”
— Romantic Times

“Merges past and present, doubling identities and events to dazzling… effect. Set against the lush but corrupt coastal resorts of southern Portugal, the novel’s shadowy deeds seem only more dangerous in this sunny clime…. Sure to please those who relish the untangling of crimes in exotic locales.”
— Library Journal

“Praise for The Lantern: “The Lantern is a smart, gothic, bodice ripper that transcends the genre, thanks in part to journalist Lawrenson’s gift for bringing the senses to life.”
— People, 3 1/2 out of 4 stars, on The Lantern

“I absolutely adored this beautifully written, modern Gothic novel, set in Provence, full of scents, colors and mystery. Reminiscent of Daphne du Maurier’s classic, Rebecca, The Lantern will hook you in from the start and weave its dark, lush magic around you.”
— Tatiana de Rosnay, author of Sarah's Key, on The Lantern

Praise for The Sea Garden: “Deborah Lawrenson’s new novel, a modern Gothic tale set in the lavender-scented landscape of Provence, serves up an escapist mix of mystery, romance and murder.”
— Wall Street Journal on The Sea Garden

1. At the start of the novel Nathan seems by far the most self-confident and easy-going character. What does this say about some people’s ability to adapt to any situation? Or is it just bravado?

2. What exactly is Joanna running away from? Is it Marc, or does he only represent the cause of her unease?

3. Consider Alva’s situation in Lisbon in the 1940s and the choices available to women at that time. How hard would it have been for her to become independent?

4. How much of the book is concerned with displays of power over others?

5. What is the significance of the sea marshes that shift with time and storms?

6. Why does Joanna take the decision she does at the end of the book?