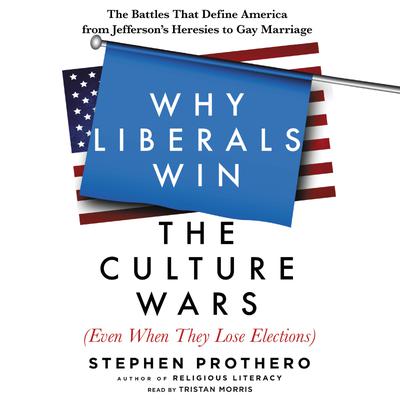 The Battles That Define America from Jefferson's Heresies to Gay Marriage

STEPHEN PROTHERO is the New York Times bestselling author of Religious Literacy and God Is Not One, a professor of religion at Boston University, and a senior fellow at the Smithsonian's National Museum of American History in Washington D.C. His work has been featured on the cover of Time magazine, The Oprah Winfrey Show, The Daily Show with Jon Stewart, National Public Radio, and other top national media outlets. He blogs for CNN's Belief Blog and writes for the New York Times, The Wall Street Journal, Newsweek, USA Today, The Washington Post, and other publications. Visit the author online at www.stephenprothero.com.