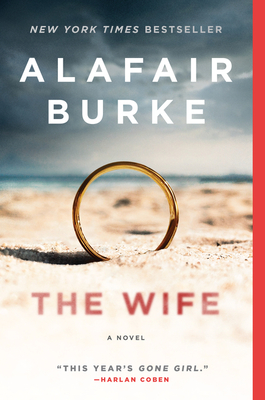 His Scandal
Her Secret

From New York Times bestselling author Alafair Burke, a stunning domestic thriller in the vein of Behind Closed Doors and The Woman in Cabin 10—in which a woman must make the impossible choice between defending her husband and saving herself.

When Angela met Jason Powell while catering a dinner party in East Hampton, she assumed their romance would be a short-lived fling, like so many relationships between locals and summer visitors. To her surprise, Jason, a brilliant economics professor at NYU, had other plans, and they married the following summer. For Angela, the marriage turned out to be a chance to reboot her life. She and her son were finally able to move out of her mother’s home to Manhattan, where no one knew about her tragic past.

Six years later, thanks to a bestselling book and a growing media career, Jason has become a cultural lightning rod, placing Angela near the spotlight she worked so carefully to avoid. When a college intern makes an accusation against Jason, and another woman, Kerry Lynch, comes forward with an even more troubling allegation, their perfect life begins to unravel. Jason insists he is innocent, and Angela believes him. But when Kerry disappears, Angela is forced to take a closer look—at both the man she married and the women she chose not to believe.

This much-anticipated follow-up to Burke’s Edgar-nominated The Ex asks how far a wife will go to protect the man she loves: Will she stand by his side, even if he drags her down with him?


Praise For The Wife: A Novel…

“The latest novel from lawyer-turned-best-selling novelist Burke is as freshly topical as a #MeToo hashtag, but it unfolds with the slow-burn thrill of pure fiction…. A genuine shocker, sneaky and smart.” — Entertainment Weekly, “Must List”

“Fresh and timely.... The issue of sexual harassment and assault gets a new spin in Alafair Burke’s gripping new novel, The Wife.” — Associated Press

“For your group if: You like your #MeToo meme as a fast-paced narrative.” — Washington Post, Best New Thrillers

“An intriguing, twisty psychological thriller, The Wife had me tearing through the pages, never sure which characters to trust. Smart, suspenseful, and absolutely riveting.” — Megan Miranda, author of All the Missing Girls

“[Burke is] one of the more subtle suspense writers around. This has all the makings of a standout novel.” — LitHub

“This might be the most gripping, insightful work from the best-selling author Alafair Burke yet. She poses a seemingly impossible, if undeniably compelling, challenge: a woman must either save her life or defend her husband, but not both.” — Entertainment Weekly

“Gripping.” — Karin Slaughter, author of Pieces of You

“Written by a former prosecutor with a genius for plot, this thrill ride of a novel takes a hard look at loyalty and the violence a secret can cause—especially when that secret involves a revered public figure accused of rape.” — O, The Oprah Magazine

“A subtly sneaky, emotionally complex, and utterly addictive novel of psychological suspense, The Wife delivers on all fronts. Burke always comes through with twisty plots and strong female characters, but she’s at the top of her game here.” — Lisa Scottoline, author of Exposed

“Burke is earning a reputation as one of the most nuanced, compelling authors working today.” — Crime Reads

“With plot twists and turns to the very end, this is a tantalizing follow-up to The Ex that will keep pages turning.” — Booklist

“A spellbinding novel that will keep her audience up into the wee hours of the night. ... The Wife contains no shortage of plot twists; even seasoned suspense fans will find themselves caught off guard by Burke’s zigs and zags.” — Bookreporter.com

“[A] page-turner.... Classic domestic-thriller elements—the too-perfect couple, the unreliable narrator, the troubled past—are given a good workout in this satisfying round of ‘Who’s the Psycho?’” — Kirkus

“[A] roller-coaster of a domestic thriller.” — Publishers Weekly

“[Burke] brings authenticity to the legal intricacies of the plot. And she’s skilled at keeping the surprises accelerating, right to the last line.”   — Tampa Bay Times

“Alafair Burke has been one of our finest suspense novelists for some time now, but in The Wife she takes new risks, and the result is her best novel yet.” — CT News

“Alafair Burke executes a plot twist at the end of The Wife that left this reviewer gasping in awe.” — Dayton Daily News