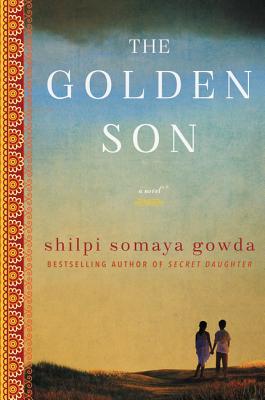 “A stellar follow-up to Gowda’s excellent debut. Vivid, heart-warming, and absorbing, THE GOLDEN SON succeeds as an immigrant’s tale and love story wrapped into one because of the beautiful writing and compelling characters that illuminate universal truths of loss and identity.” — Heidi Durrow, New York Times-bestselling author of The Girl Who Fell From the Sky

“THE GOLDEN SON triumphs because of its many pleasures and complications: romantic intrigues, family vendettas, unexpected tragedies and criminal secrets harbored by characters in both India and America. This satisfying immersion in two complicated cultures offers no easy resolutions.” — Washington Post

“From a poor village in India to the journey of a boy who escapes to become a brilliant and sensible doctor at a high-tech medical center in Dallas, Shilpi Somaya Gowda’s sweeping love story is meticulous in its detail, heartfelt--and a great read.” — Samuel Shem, M.D., author of The House of God and At the Heart of the Universe

“Shilpi Somaya Gowda paints an illuminating portrait of a young Indian man who must learn to reconcile his career ambitions in America with the traditional values and expectations of his family in India. Compellingly written, THE GOLDEN SON will stay with you long after you’ve turned the last page. ” — Vanessa Diffenbaugh, New York Times-bestselling author of The Language of Flowers

“Gowda has the writerly chops when it comes to pace and plot...The novel’s denouement manages to subvert expectations, while still fulfilling the fable’s responsibility to convey a useful, resonant truth.” — Toronto Star