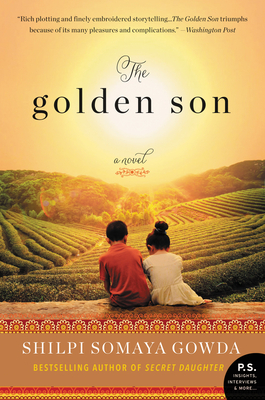 1. How does the author use the prologue—entitled “Maya the Harelip”—to illustrate the pressure and expectations placed on Anil’s future?

2. How does the author use detail and description to show a sharp contrast between Anil’s lifestyle in Texas and his upbringing in India?

3. How does taking on the mantle of arbiter complicate Anil’s life and his identity?

4. Anil is struggling to acclimate to the social world of medical school, but he also struggles to fill his father’s shoes. Which role does he seem more reluctant to adopt? Why do you think this is?

5. In what way can we view the dispute of the mango tree as a metaphor?

6. Leena’s plight is certainly not that of every woman in the world, nor every woman in India, but it is reflective of a society that does not value women as much as men, particularly when her path is compared to Anil’s. Can you think of an example of systemic inequality between the sexes in your community or culture? Has there been a time when you’ve seen a woman’s worth put way below a man’s?

7. How do Anil’s and Leena’s dreams and youthful ideals shift over time?

8. Were you surprised by Leena’s decision at the end of the novel? Why or why not?