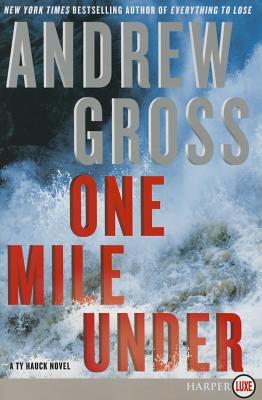 
Praise For One Mile Under: A Ty Hauck Novel…

“The characters are terrific. ... Gross delivers another satisfying journey.”
— Lisa Ko, author of The Leavers

“Great suspense... with many twists and turns.”
— Suspense Magazine

“A timely tale.”
— Fort Worth Star-Telegram

“[Gross’s] most ambitious and elegantly realized novel to date. ... Thrillers don’t get any better than this.”
— Providence Journal

“A fast-paced, entertaining thriller. Five stars out of five.”
— Examiner.com

“Terrific pacing. ... One of the author’s best.”
— Connecticut Post