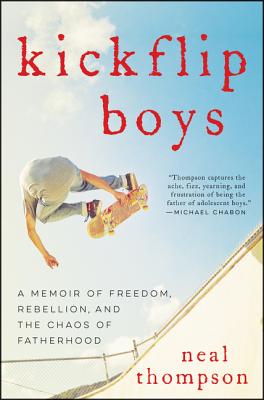 
Praise For Kickflip Boys: A Memoir of Freedom, Rebellion, and the Chaos of Fatherhood…

Neal Thompson is the author of four critically acclaimed books, including A Curious Man: The Strange & Brilliant Life of Robert “Believe It or Not” Ripley and Driving with the Devil: Southern Moonshine, Detroit Wheels, and the Birth of NASCAR. Thompson’s writing has appeared in Esquire, Outside, Men’s Health, and other publications. He lives in Seattle with his family.
Loading...
or
Not Currently Available for Direct Purchase