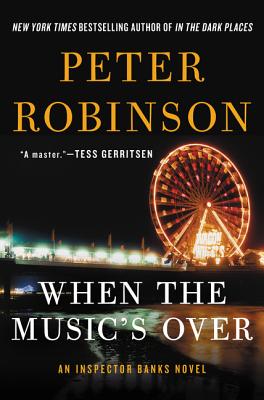 When the Music's Over

Inspector Alan Banks—hailed as “a man for all seasons” by Michael Connelly—must face the music when he becomes embroiled in one of his most perplexing and distressing cases in this haunting page-turner from New York Times bestselling author Peter Robinson.

The first is a poet claiming she was assaulted decades earlier by a man now regarded as one of the country’s national treasures. The second is a girl found on a remote roadside, her body broken, her life snuffed out.

For Alan Banks, newly promoted to Detective Superintendent, the first case rips a tunnel into long-ago days of innocence and discovery, of music and light. And in the victim, he sees an opportunity for magic recaptured—if he can bring her assailant to justice.

Emotionally resonant and ingeniously plotted, When the Music’s Over begins a new chapter for Banks—and shows Peter Robinson at his tense, triumphant best.