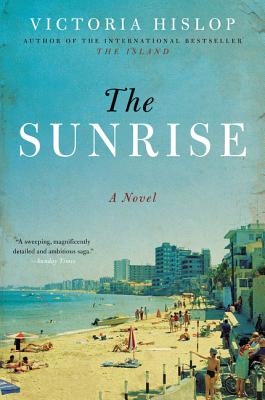 From the internationally bestselling author of The Island comes a stirring novel about loyalty, love, and resilience in the face of tremendous upheaval—a saga of survival set during the 1974 Cypriot coup d’état that tells the intersecting stories of three families whose lives are decimated when brewing ethnic tensions erupt into conflict.

Summer 1972—Famagusta is Cyprus’s most glamorous city and the most desirable tourist destination in the Mediterranean, and the Papacostas are right at the center of it. Aphroditi and her husband Savvas own The Sunrise, a wildly successful new luxury hotel. Frequented by only the very wealthiest of Europe’s elite, The Sunrise—especially its alluring nightclub—quickly becomes the place to see and be seen. Yet beneath the veneer of tranquil opulence simmers mounting hostility between the Greeks and the Turks. Years of unrest and ethnic violence come to a head when, in 1974, Greece’s coup d’état provokes a Turkish attack on beautiful Famagusta.

The fallout sends the island’s inhabitants spiraling into fear and chaos, and the Papacostas join an exodus of people who must abandon their idyllic lives in Famagusta and flee to refugee camps. In the end, only two families remain in the decimated city: the Özkans and the Georgious. One is Turkish Cypriot, the other Greek Cypriot and the tension between them is palpable. But with resources scarce and the Turkish militia looming large, both families must take shelter in the deserted hotel as they battle illness, hunger, fear, and their own prejudices while struggling to stay alive.

Juxtaposing a powerful narrative of war against the glittering affluence of the 1970s Mediterranean coast, The Sunrise is a moving story about the measures we take to protect what we love.

Victoria Hislop is the internationally bestselling author of The Island and The Return. She writes travel features for the Sunday Telegraph, Mail on Sunday, House & Garden, and Woman & Home. She divides her time among rural Kent, London, and Crete. She is married and has two children.


Praise For The Sunrise: A Novel…

“Moving and, at times, nail-biting. . . . Book groups who enjoyed. . . The Kite Runner and Kristin Hannah’s The Nightingale will dig into this novel in which politics trumps privilege but not family.”
— Booklist
or
Buy Here
Copyright © 2020 American Booksellers Association