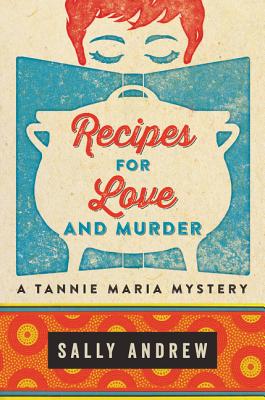 Recipes for Love and Murder

A bright new talent makes her fiction debut with this first entry in a delicious crime set in rural South Africa—a flavorful blend of The #1 Ladies Detective Agency and Goldie Schulz series, full of humor, romance, and recipes and featuring a charming cast of characters.

Tannie Maria (Tannie meaning Auntie, the respectful Afrikaans address for a woman older than you) is a middle-aged widow who likes to cook—and eat. She shares her culinary love as a recipe columnist for the local paper—until The Gazette decides its readers are hungrier for advice on matters of the heart rather than ideas for lunch and dinner.

Tannie Maria doesn’t like the change, but soon discovers she has a knack—and a passion—for helping people. Of course she shares her recipes and culinary advice whenever she can! Assisting other people with their problems, Tannie Maria is eventually forced to face her own issues, especially when the troubles of those she helps touch on the pain of her past, like a woman desperate to escape her abusive husband.

When the woman is murdered, Tannie Maria becomes dangerously entwined in the investigation, despite the best efforts of one striking detective determined to keep her safe. Suddenly, this practical, down-to-earth woman is involved in something much more sinister than perfecting her chocolate cake recipe . . .

Sally Andrew lives in a mud-brick house on a nature reserve in the Klein Karoo, South Africa, with her artist partner, Bowen Boshier, and other wildlife (including kudu and leopard). She also spends time in the wilderness of southern Africa and the seaside suburb of Muizenberg.

Her background is in social and environmental activism. She has a Masters in Adult Education. The Satanic Mechanic is a sequel to Recipes for Love and Murder, which has been published in thirteen languages across five continents.