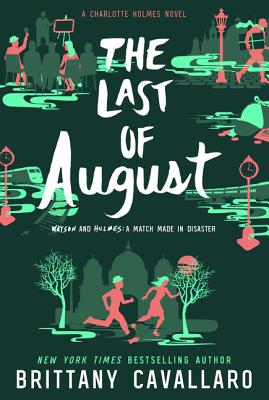 “Beautiful prose, thrilling action, a touch of romance, and two complicated heroes to root for make this a not-to-be-missed sequel. Readers will be craving the final book in the trilogy.” — Booklist (starred review)

“Fans of the first Charlotte Holmes novel, A Study in Charlotte, will not be disappointed, and readers who are new to these characters will savor the fast-paced plot....This series is entirely un-put-downable. The Last of August will definitely leave readers anxiously awaiting the next installment.” — Voice of Youth Advocates (VOYA)

“Debut author Cavallaro brings Arthur Conan Doyle’s sleuths (or their distant relatives, anyway) into the 21st century, casting Holmes as a brilliant young woman and Watson, who narrates, as her admirer and accomplice...An involving murder mystery, and a promising start to a planned trilogy.” — Publishers Weekly on A Study in Charlotte