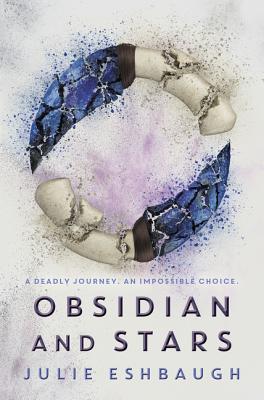 In the riveting sequel to Ivory and Bone—the YA fantasy novel that New York Times bestselling author Amie Kaufman described as having a “richly crafted world of life-and-death stakes”—the story shifts to Mya’s viewpoint as vengeful adversaries force her to flee the life she once knew.

After surviving the battle that erupted after Lo and the Bosha clan attacked, now Mya is looking ahead to her future with Kol. All the things that once felt so uncertain to her are finally falling into place. But the same night as Kol and Mya’s betrothal announcement, Mya’s brother Chev reveals his plan to marry their youngest sister, Lees, to his friend Morsk. The only way to avoid this terrible turn of events, Morsk informs Mya when he corners her later, is for Mya to take Lees’ place and marry him herself.

Rejecting Morsk’s offer, and in an effort to protect her sister, Mya whisks Lees away to a secret island until things back home blow over. Mya soon realizes she’s been followed, however. Even worse, lurking deep in the recesses of this dangerous place are rivals from Mya’s past whose thirst for revenge exceeds all reason.

With the lives of her loved ones resting on her shoulders, Mya must make a move before the enemies of her past become the undoing of her future.


Praise For Obsidian and Stars…

“Eshbaugh is good at building tension. Readers looking for a fresh setting will appreciate this survival story, which also incorporates romance and weaponry.”
— Booklist Online

“The characters are compellingly formed and the setting is beautifully detailed. A strong choice.”
— School Library Journal

“Julie Eshbaugh is a unique new voice with talent enough for a whole team of writers. Ivory and Bone transported me to a richly crafted world of life-and-death stakes, and I’m still under the spell of her storytelling.”
— Amie Kaufman, New York Times bestselling co-author of Illuminae and These Broken Stars (on Ivory and Bone)

“Exquisitely written, ferocious, and haunting--what a breath of fresh air! Ivory and Bone is unlike anything I’ve ever read. Don’t miss this one!”
— Sarah J. Maas, New York Times bestselling author of the Throne of Glass series (on Ivory and Bone)

“Debut author Eshbaugh portrays Neolithic culture with grace and authenticity. This is an involving story solidly told, doing credit to its inspiration and sources.”
— Kirkus Reviews (on Ivory and Bone)

“Eshbaugh debuts with an exciting and unusual adventure with emphasis on the power of storytelling.”
— Publishers Weekly (on Ivory and Bone)

“Eshbaugh creates a spare yet memorable account of the interpersonal and interclan politics. There is much to value here.”
— ALA Booklist (on Ivory and Bone)

“Eshbaugh packs her debut with a classic love triangle, feuding clans, a well-drawn prehistoric setting, and a handful of fan fiction elements that will appeal to teens. Compellingly out of the ordinary.”
— School Library Journal (on Ivory and Bone)

“The Ice Age setting is richly described, and the sometimes desperate struggle for food and survival is palpable. Highly recommended; readers will be anxiously awaiting the next book in the series.”
— Voice of Youth Advocates (VOYA) (on Ivory and Bone)

“There is clear authenticity in the descriptions, and they evoke the desperation, loyalty, and determination that a small group like this would have likely felt.”
— Bulletin of the Center for Children’s Books (on Ivory and Bone)

“Hands down the most unique debut YA novel of the year.”
— PasteMagazine.com (on Ivory and Bone)