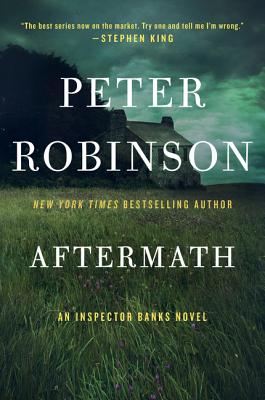 From New York Times bestselling and Edgar award-winning author Peter Robinson comes this brilliant novel of suspense—a thrilling tale of family secrets and past evils that have spread from one generation to another and wreaked havoc on an unsuspecting town.

One phone call from a concerned neighbor has inadvertently led police to Terence Payne, the elusive serial killer known only as "Chameleon." Now Payne is in custody, perhaps dying, and a long nightmare appears to be over at last. But is it?

For Alan Banks – currently head of the local police force – too many questions remain unanswered at the chamber of horrors the press will dub the "House of Payne." Because the darkness has not yet lifted, the casualties are still mounting...and there are still monsters loose in the world.

Showcasing the dark forces of human nature, master of suspense Peter Robinson is at the height of his storytelling powers in a novel that will leave readers guessing until the final page.

“A devilishly good plotter...[Robinson’s] characterizations are so subtle that even the psychological profiler is stumped.”
— New York Times Book Review

“Robinson’s last two Banks books have been winners...and so is AFTERMATH.”
— Orlando Sentinel

“A winner....Returning to the world of Alan Banks is, as always, a pleasure.”
— Houston Chronicle

“A winner....Returning to the world of Alan Banks is, as always, a pleasure.”
— Boston Globe

“A shocking suspense story that gives the reader a glimpse of the darker side of life.”
— Dallas Morning News

“Mystery-mongering at once as sensitive and grandly-scaled as P.D. James.”
— Kirkus Reviews (*Starred Review*)

“One of today’s most accomplished practitioners of detective fiction.”
— Otto Penzler

“Aftermath casts [a] spell... Robinson continues to stretch the boundaries of the standard procedural.”
— Orlando Sentinel

“Highly textured... Banks is a multidimensional figure struggling to cope with his private demons while directing murder investigations.”
— Tampa Tribune