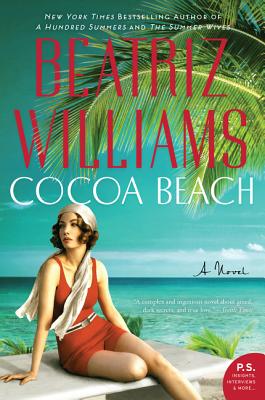 1. At the start of the novel, Virginia reflects that “The history of the past three years is as mysterious to me as the mangroves growing on the opposite shore of the river.” Why is that? Has ignorance been bliss for Virginia?

2. What do we learn about Virginia during the flashbacks to wartime France? How does that affect the way we think of her, and Simon?

3. Were you surprised when Agent Marshall hints that Simon’s death was not “a simple act of God?” Do you think Virginia was surprised?

4. What is the meaning of the note left for Virginia at Maitland that reads Everything you seek is here? Is it reassuring? Or menacing? Who do you think left it for her?

5. Why does Virginia choose to believe what Samuel tells her about Simon? Would you have fled back to America, as she did?

6. Why does Virginia’s father send Simon money once she’s returned to New York? What effect does that have on Virginia’s relationship with her father? What does it do to her feelings for Simon?

7. What do you make of Samuel? Why do Virginia’s feelings for him seem to waver between attraction, trust, and mistrust?

8. Were you surprised to learn the truth about Clara?