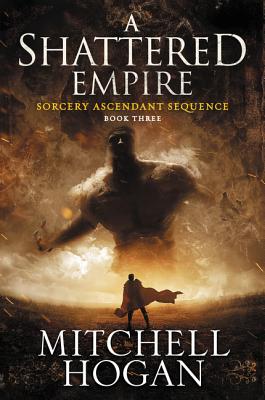 In Mitchell Hogan's gritty and breathtaking conclusion to the Sorcery Ascendant Sequence—the award-winning fantasy series that started with A Crucible of Souls and Blood of Innocents—a young sorcerer must learn to wield his extraordinary powers to defeat two warring empires.

In a battle of armies and sorcerers, empires will fall.

After young Caldan’s parents were slain, a group of monks raised the boy and initiated him into the arcane mysteries of sorcery. But when the Mahruse Empire was attacked, and the lives of his friends hung in the balance, he was forced to make a dangerous choice.

Now, as two mighty empires face off in a deadly game of supremacy, potent sorcery and creatures from legend have been unleashed. To turn the tide of war and prevent annihilation, Caldan must learn to harness his fearsome and forbidden magic. But as he grows into his powers, the young sorcerer realizes that not all the monsters are on the other side.

And though traps and pitfalls lie ahead, and countless lives are at stake, one thing is certain: to save his life, his friends, and his world, Caldan must risk all to defeat a sorcerer of immense power.

Failure will doom the world.