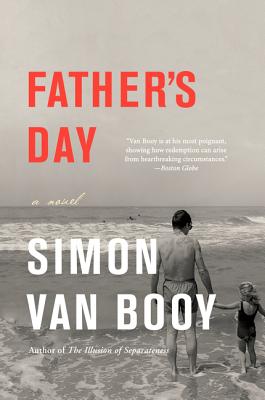 Father's Day is a meditation on the quiet, sublime power of compassion, and the beauty of simple, everyday things—a breakthrough work from one of our most gifted chroniclers of the human heart.

“In this novel, Van Booy is at his most poignant, showing how redemption can arise from heartbreaking circumstances.”
— Boston Globe

“There’s so much to enjoy along the way, from Mr. Van Booy’s muted lyricism to the profusion of quiet domestic moments rendered in the strangely captivating way of Andre Dubus.”
— Baylis Greene, East Hampton Star

In Father’s Day, Van Booy again deftly demonstrates that he is a master at the craft of storytelling.
— Portland Press Herald

“Van Booy’s great triumph comes in using a family secret to underscore the message that family is as much a choice as a blood tie. Although any reader will find something to love here, someone who has benefited from a perfectly imperfect family will wear the widest smile. This little book with a big heart is suitable not just for Father’s Day, but for any day.”
— Shelf Awareness

“The moving account of a unique relationship between a parent and child, thrust together under the worst of circumstances. With fine, nuanced prose and much tenderness, Booy guides this unlikely father-daughter pair into a beautiful maturity, showing us with great heart what it really means to be a family.”
— Elizabeth Crane, author of The History of Great Things
or
Buy Here
Copyright © 2020 American Booksellers Association