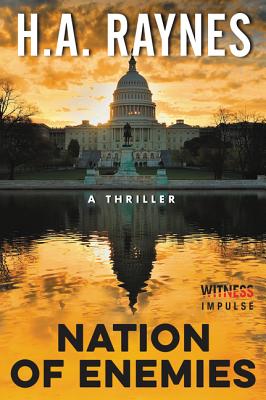 A chilling, suspenseful new thriller in the vein of Michael Crichton and James Rollins

It's all about the genetics. DNA. Black & white.

A decade ago the US government mandated that all citizens be issued biochips containing all of their medical information and an id number indicating a person's health. Then they made the information public—the implications of which were wide-spread and devastating.

Now on the eve of the 2032 presidential election, the country is deeply divided and on the brink of civil war. But as the two major political parties face off, innocent Americans are dying at the hands of masked terrorists. When the Liberty Party's presidential nominee is assassinated in a highly-coordinated, masterful attack, it sets off a chain of events that will change the course of history and leave America's inalienable rights—life, liberty, and the pursuit of happiness—dangling on the precipice of extinction.

H.A. Raynes was inspired to write Nation of Enemies by a family member who was a Titanic survivor and another who escaped Poland in World War II. Combining lessons from the past with a healthy fear of the modern landscape, this novel was born. A longtime member of Boston's writing community, H.A. Raynes has a history of trying anything once (acting, diving out of a plane, white water rafting, and parenting). Writing and raising children seem to have stuck.