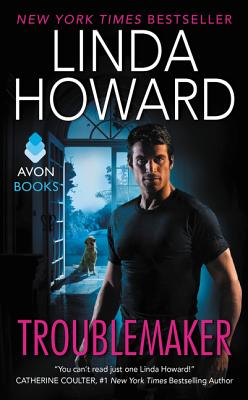 For Morgan Yancy, an operative and team leader in a paramilitary group, nothing comes before his job. But when he’s ambushed and almost killed, his supervisor is determined to find out who’s after the members of his elite squad—and why. Due to worries that this unknown enemy will strike again, Morgan is sent to a remote location and told to lay low and stay vigilant. But between a tempting housemate he’s determined to protect and a deadly threat waiting in the shadows, keeping under the radar is proving to be his most dangerous mission yet.

The part-time police chief of a small West Virginian mountain town, Isabeau “Bo” Maran finally has her life figured out. She’s got friends, a dog, and a little money in the bank. Then Morgan Yancy shows up on her doorstep. Bo doesn’t need a mysterious man in her life—especially a troublemaker as enticing and secretive as Morgan.

The harder they fight the intense heat between them, the closer Morgan and Bo become, even though she knows he’s hiding from something. But discovering the truth could cost Bo more than she’s willing to give. And when Morgan’s cover is blown, it might just cost her life.

Linda Howard is the award-winning author of many New York Times bestsellers, including Up Close and Dangerous, Drop Dead Gorgeous, Cover of Night, Killing Time, To Die For, Kiss Me While I Sleep, Cry No More, and Dying to Please. She lives in Alabama with her husband and a golden retriever.

“Linda Howard is a superbly original writer. Linda Howard writes with power, stunning sensuality and a storytelling ability unmatched in romance drama. Every book is a treasure for the reader to savor again and again
— —New York Times bestselling author Iris Johansen

“[An] exceptionally engaging novel of romantic suspense [...] Howard’s strong characters, including Tricks and a number of Hamrickville locals, keep the pages turning until the climactic confrontation.”
— Publishers Weekly (starred review)

There is nothing quite like a sexy and suspenseful story by the amazing Linda Howard!
— Romantic Times BOOKclub

“Award-winning writer Linda Howard is an expert at mixing danger and romance to create a page-turning hit ... Passion and peril in one heady mix
— COVENTRY EVENING TELEGRAPH

“Romantic suspense queen Howard makes a welcome return with her marvelous new book, Troublemaker. This is vintage Howard, with all the wonderful characterization [...] slow-burn passion and dangerous action a reader could ask for! There is a reason Howard remains such a superstar - she always delivers!”
— RT Book Reviews (top pick)

“[She] can write one heck of a white-knuckle romantic thriller, [...] seamlessly combining top-notch suspense with a super-sexy love story. Graced with a cast of compelling characters [...] and seasoned with a deliciously dry sense of humor, this is Howard at the top of her literary game.”
— Booklist (starred review)

“[An] amazing read. It’s hot, addictive, and suspenseful with a powerfully written storyline that swept me off my feet and kept me hooked on every word. [...] Linda Howard’s writing is superb. [...] I highly recommend Troublemaker to readers everywhere.”
— San Francisco Book Review
or
Buy Here
Copyright © 2020 American Booksellers Association