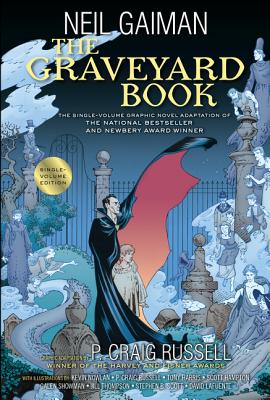 Both volumes of the New York Times bestselling The Graveyard Book Graphic Novel are now available in a single-volume hardcover edition!

Each chapter in this adaptation by P. Craig Russell—now combined into one splendid volume—is illustrated by a different luminary from the comic book world, showcasing a variety of styles from a breadth of talent. Together, they bring Neil Gaiman’s Newbery Medal–winning, nationally bestselling novel The Graveyard Book to new life in this gorgeously illustrated graphic novel adaptation.