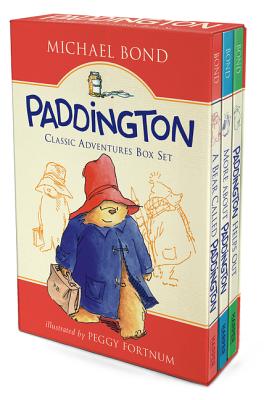 Paddington Bear had just traveled all the way from Peru when the Brown family first met him at Paddington Station. Since then, their lives have never been quite the same . . . for ordinary things become extraordinary when Paddington is involved.

With the original text by Michael Bond and black-and-white illustrations by Peggy Fortnum, this boxed set is perfect Paddington fans old and new.

Michael Bond began chronicling Paddington’s adventures in his first book, A Bear Called Paddington, published in 1958. Fortunately, bears don’t need much encouragement, and Paddington has since filled the pages of twelve further novels, a variety of picture books, and many other projects written for the young at heart.