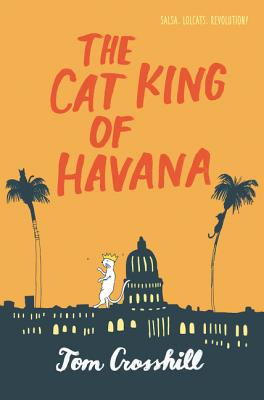 The Cat King of Havana

When Rick Gutiérrez—known as "That Cat Guy" at school—gets dumped on his sixteenth birthday for uploading cat videos from his bedroom instead of experiencing the real world, he realizes it's time for a change. So Rick joins a salsa class . . . because of a girl, of course. Ana Cabrera is smart, friendly, and smooth on the dance floor. He might be half Cuban, but Rick dances like a drunk hippo. Desperate to impress Ana, he invites her to spend the summer in Havana. The official reason: learning to dance. The hidden agenda: romance under the palm trees.

Except Cuba isn't all sun, salsa, and music. As Rick and Ana meet his family and investigate the reason why his mother left Cuba decades ago, they learn that politics isn't just something that happens to other people. And when they find romance, it's got sharp edges.


Praise For The Cat King of Havana…

“Crosshill shows the difficulties and dangers of life behind the bloqueo, as well as the vibrant culture within the country. The book begins as a standard romance, then grows to include much more. All hail the Cat King, a strong new voice in contemporary storytelling.” — Voice of Youth Advocates (VOYA)

Cosshill’s debut novel manages to make a book full of weighty subjects into a seemingly light read. The result is a funny, sometimes sad portrait of a teenager trying to connect with his roots and realizing that the world is more complicated than he ever wanted to know. — Booklist Online