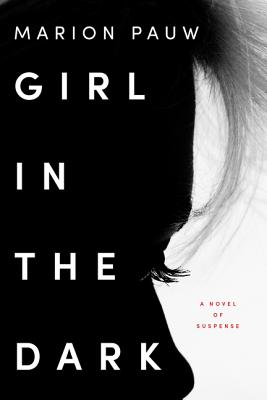 An award-winning, internationally bestselling author makes her American debut with this taut, riveting domestic drama with the compulsive intensity of The Good Girl, The Pocket Wife, and The Stranger, about a long-lost brother convicted of a horrifying crime and a sister’s fight to clear his name.

A single mother and lawyer, Iris has a colorful caseload, a young son with behavior issues, and a judgmental mother.

She also has a brother—shocking news she uncovers by accident. Why did her mother lie to her for her entire life? Why did she hide the existence of Ray Boelens from her?

Curious about this sibling she has never known, Iris begins to search for long-buried truths. What she discovers surprises—and horrifies—her. Her older brother is autistic—and in prison for brutally murdering his neighbor and her daughter.

Visiting Ray, she meets a man who looks heartbreakingly like her own son. A man who is devoted to his tropical fish and who loves baking bread. A man whose naiveté unnerves her. There is no question that Ray is odd and obsessive, unable to communicate like the rest of us. But is he really a killer?

Told in the alternative voices of Ray and Iris, Girl in the Dark is a compulsive, page-turning thriller about lies, murder, and the tenacity of a family determined to stay together even as they are pulled apart at the most vulnerable seams.


Praise For Girl in the Dark: A Novel…

“One of the most thrilling and entertaining suspense writers of The Netherlands--or any country for that matter. Marion Pauw just may be the Dutch answer to Gillian Flynn.”
— Herman Koch, author of The Dinner

“Pauw’s American debut is a tense revelation of dangerous family secrets and a challenge to preconceptions about autism.... A must-read for fans of character-driven stories, such as Tana French’s Faithful Place.”
— Booklist (starred review)

Marion Pauw is a thriller writer living in Amsterdam. In the Netherlands, Girl in the Dark won the Golden Noose Award—the annual award for the best Dutch crime novel—under the title Daglicht (Daylight), and has sold more than 200,000 copies in Europe. It was also made into an acclaimed Dutch film. Girl in the Dark is Pauw’s American debut.