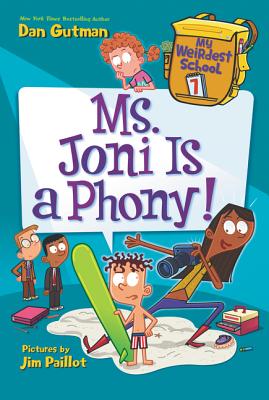 Ms. Joni Is a Phony!

With more than 12 million books sold, the My Weird School series really gets kids reading!

In this seventh book in the My Weirdest School series, it’s picture day at Ella Mentry School! This year, Mr. Klutz has hired a weird photographer, Ms. Joni. She keeps saying “fabulous,” and she wants to turn A.J. into a supermodel. But what happens when the Picture Day Zombie makes an appearance? Run for your lives!

Perfect for reluctant readers and word lovers alike, Dan Gutman’s hugely popular My Weird School chapter book series has something for everyone. Don’t miss the hilarious adventures of A.J. and the gang.