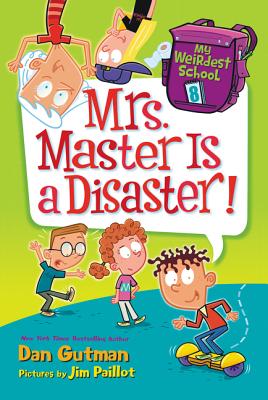 Mrs. Master Is a Disaster!

In this eighth book in the new My Weirdest School series, it’s Grandparents Day at Ella Mentry School! Alexia’s grandmother Mrs. Master makes weird inventions for a living, but A.J. and the gang come up with the weirdest invention of all. And they’re going to make a bazillion dollars from it! Will they succeed? Or will their great big idea be flushed down the drain?