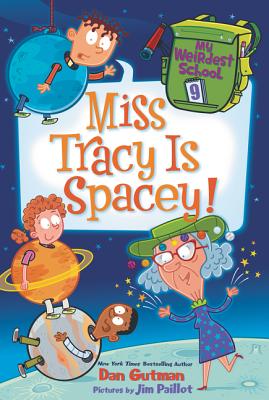 In this ninth book in the new My Weirdest School series, Miss Universe is coming to Ella Mentry School! Her real name is Miss Tracy, and she's a retired scientist who will teach the students about planets and the solar system. But what happens when A.J. is cast as the planet Uranus in the school play?