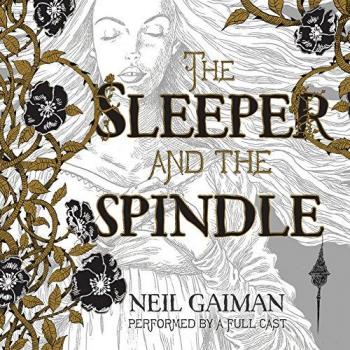 The Sleeper and the Spindle CD (CD-Audio)

The result is a beautiful and coveted edition of The Sleeper and the Spindle that the Guardian calls "a refreshing, much-needed twist on a classic story."

In this captivating and darkly funny tale, Neil Gaiman and Chris Riddell have twisted together the familiar and the new as well as the beautiful and the wicked to tell a brilliant version of Snow White's (sort of) and Sleeping Beauty's (almost) stories.

This story was originally published (without illustrations) in Rags & Bones (Little, Brown, 2013). This is the first time it is being published as an illustrated, stand-alone edition, and the book is a beautiful work of art.