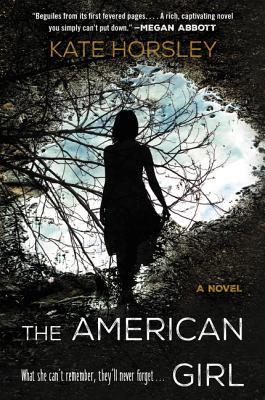 From a bright new talent comes a riveting psychological thriller about an American exchange student in France involved in a suspicious accident, and the journalist determined to break the story and uncover the dark secrets a small town is hiding.

On a quiet summer morning, seventeen-year-old American exchange student Quinn Perkins stumbles out of the woods near the small French town of St. Roch. Barefoot, bloodied, and unable to say what has happened to her, Quinn’s appearance creates quite a stir, especially since the Blavettes—the French family with whom she’s been staying—have mysteriously disappeared. Now the media, and everyone in the idyllic village, are wondering if the American girl had anything to do with her host family’s disappearance.

Though she is cynical about the media circus that suddenly forms around the girl, Boston journalist Molly Swift cannot deny she is also drawn to the mystery and travels to St. Roch. She is prepared to do anything to learn the truth, including lying so she can get close to Quinn. But when a shocking discovery turns the town against Quinn and she is arrested for the murders of the Blavette family, she finds an unlikely ally in Molly.

As a trial by media ensues, Molly must unravel the disturbing secrets of the town’s past in an effort to clear Quinn’s name, but even she is forced to admit that the American Girl makes a very compelling murder suspect. Is Quinn truly innocent and as much a victim as the Blavettes—or is she a cunning, diabolical killer intent on getting away with murder…?

Told from the alternating perspectives of Molly, as she’s drawn inexorably closer to the truth, and Quinn’s blog entries tracing the events that led to her accident, The American Girl is a deliciously creepy, contemporary, twisting mystery leading to a shocking conclusion.

Kate Horsley’s first novel, The Monster’s Wife, was shortlisted for the Scottish First Book of the Year Award. Her poems and short fiction have appeared in a number of magazines and anthologies, including Best British Crime Stories. She coedits Crimeculture, a site dedicated to crime fiction and film offering articles, reviews, and interviews with writers.

Praise For The American Girl: A Novel…

“Beguiles from its first fevered pages. We creep tantalizingly closer to the secrets at the heart of the novel--secrets that both shock us and speak volumes about our preconceptions about teenage girls...A rich, captivating novel you simply can’t put down.”
— Megan Abbott, Edgar Award-winning author of Dare Me and The Fever

“The American Girl is a psychological suspense novel written for the 21st century, where threats play out on Snapchat and hashtags lead the way toward the dark and sinister truth. A modern-day gothic tale that will have readers holding their breath until the last page.”
— Lori Rader-Day, Mary Higgins Clark-winning author of Little Pretty Things

Talk about Molly. How would you describe her? Is she naïve in letting herself be fooled by Quinn or is she a headstrong character who is overtaken by compassion? Does she deserve to be lied to given all the lying she does in the name of journalism?

Talk about Quinn. What kind of character is she? Did you feel she had changed by the end of the novel? If so, was it for better or for worse?

Describe the relationship between Molly and Quinn. What draws the two together? Given the lies they tell each other, is this a real friendship or a toxic one that does more harm than good?

What have your experiences of foreign travels been? Did you go on a cultural exchange at high school or college? Did you experience culture shock? Did your exchange?

How does author Kate Horsley use features of the French landscape, such as the caves of St. Roch, as symbols for the darkness underpinning this story? How does the history of Les Yeux relate to what happens in the present day?

What do you think about the relationship between Raphael and his mother? How did your understanding of them change throughout the novel? What kind of a mother is Emilie Blavette – protective, selfish… guilty? How much is she a victim of circumstance?

What do you think of Raphael’s relationship with Quinn? Is it purely exploitative on Raphael’s part? Is Quinn to blame for falling for Raphael? Is Quinn’s connection with Noémie described at the end of the novel just a case of history repeating itself?

How do you view the interaction of the media with criminal cases like the one described here? Are there real life examples of trial-by-media this book reminds you of? Do you feel swayed by the media in such cases or are you always skeptical of what’s reported?

Why does Molly let Quinn off the hook at the end? Is she right to let her go? At the end of the novel, Quinn is further from home than ever and seems to feel alone with her decisions. Is she being punished for her part in what happened? Should she be?