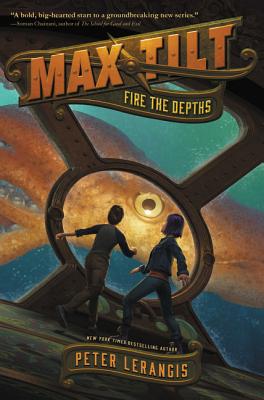 “Max Tilt at once celebrates the old-fashioned storytelling of Jules Verne and updates it for modern readers, undermining archetypes and tropes to create a hero in Max Tilt who is honest, human, and almost impossibly lovable.” — Soman Chainani, author of The School for Good and Evil

“With an action-filled plot that moves at a breakneck pace and each chapter ending on a cliff-hanger, this series starter may have young readers reaching for the Verne classic that inspired this adventure, while waiting for more from Max and Alex.” — Booklist