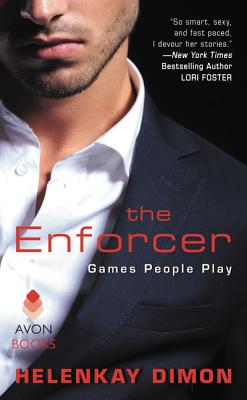 Security expert Matthias Clarke hunts down people who don’t want to be found. His latest prey: the sole survivor of a massacre that killed his brother years ago. Kayla Roy claimed she was a victim of the carnage. Then she disappeared. Matthias thinks Kayla may have actually been the killer—and he wants justice.

Kayla Roy never stays in one place too long and never lets a man get too close. But keeping Matthias at arm’s length may be impossible. Dark and enigmatic, Matthias draws Kayla in from the start. She knows nothing about his connection to her dark past, or his thirst for vengeance. She only knows their attraction feels overpowering—and very dangerous.

Matthias’s suspicions about the sensual Kayla clash with his instinct to protect her, especially when he realizes her life is in danger. But Kayla’s not looking for a savior—especially one who seems hell-bent on tempting her down a lethal path.