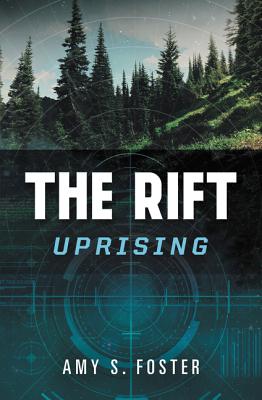 “High emotional stakes and an intriguing premise make this first entry in Foster’s new trilogy a solid next read for those who enjoyed Pierce Brown’s Red Rising or Veronica Roth’s Divergent." -- Library Journal

An alternate reality that feels all-too-real, The Rift Uprising is the explosive start to a new trilogy that blurs the line between parallel universes—not to mention YA and adult science fiction—from acclaimed lyricist and storyteller Amy S. Foster.

Normal seventeen-year-old girls go to high school, binge watch TV shows all weekend, and flirt with everyone on the face of the Earth. But Ryn Whitaker is trying to save it.

Ryn is a Citadel. A soldier. A liar. Ryn and her fellow Citadels were specially chosen and trained to guard a Rift—one of fourteen unpredictable tears in the fabric of the universe that serve as doorways to alternate Earths. Unbeknownst to her family, Ryn leaves for school each day and then reports for duty as an elite, cybernetically-altered soldier who can run faster, jump farther, and fight better than a Navy SEAL—which comes in handy when she’s not sure if axe-wielding Vikings or any number of other scared and often dangerous beings come through the Rift. A fine-tuned weapon, Ryn is a picture-perfect Citadel.

But that’s all about to change.

When a young man named Ezra is pulled through the Rift, Ryn finds herself immediately drawn to him, despite her training. What starts as a physical attraction quickly grows deeper, and Ezra’s curiosity throws Ryn off balance when he starts questioning the Rifts, the mysterious organization that oversees them, and the Citadels themselves—questions that lead Ryn to wonder if the lies she’s been telling her family are just the surface of a much bigger lie told to her. As Ryn and Ezra desperately try to get to that truth, they discover that each revelation blurs the line between the villains and the heroes even more.

“I absolutely loved The Rift Uprising. Its superbly written words kept me riveted, never quite sure what twist or scare might come next. Most importantly, I fell in love with the characters, both good and bad. They felt completely real. Highly recommended, and I’ll be anxiously awaiting the sequel.”
— James Dashner

“The first book in Foster’s The Rift Uprising series is a fun, fast-paced outing that hits the ground running with brilliant worldbuilding and a fiercely protective heroine.”
— RT Book Reviews (4 stars)

“High emotional stakes and an intriguing premise make this first entry in Foster’s (When Autumn Leaves) new trilogy a solid next read for those who enjoyed Pierce Brown’s Red Rising or Veronica Roth’s Divergent.”
— Library Journal

Amy S. Foster is a celebrated songwriter, best known as Michael Bublé’s writing partner, and has collaborated with Beyoncé, Diana Krall, Andrea Bocelli, Josh Groban, and a host of other artists. She is also the author of the novel When Autumn Leaves. When she’s not in a studio in Nashville, she lives in the Pacific Northwest with her family.
Loading...
or
Not Currently Available for Direct Purchase