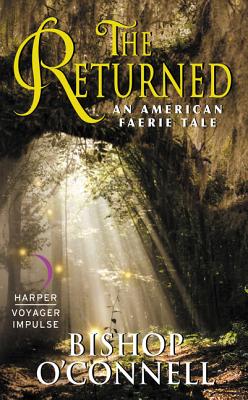 Almost a year after their wedding, and two since their daughter Fiona was rescued from a kidnapping by dark faeries, life has finally settled down for Caitlin and Edward. They maintain a façade of normalcy, but a family being watched over by the fae’s Rogue Court is far from ordinary. Still, it seems the perfect time to go on their long-awaited honeymoon, so they head to New Orleans.

Little do they know, New Orleans is at the center of a territory their Rogue Court guardians hold no sway in, so the Court sends in Wraith, a teenage spell slinger, to watch over them. It’s not long before they discover an otherworldly force is overtaking the city, raising the dead, and they’re drawn into a web of dark magic. At the same time, a secret government agency tasked with protecting the mortal world against the supernatural begins their own investigation of the case. But the culprit may not be the villain everyone expects. Can Wraith, Caitlin, and Edward stop whoever is bringing the vengeful dead back to life before another massacre, and before an innocent is punished for crimes beyond her control?

Bishop O'Connell is a consultant, writer, blogger, lover of kilts and beer, as well as a member of the Science Fiction & Fantasy Writers of America. Born in Naples Italy, while his father was stationed in Sardinia, Bishop grew up in San Diego, CA where he fell in love with the ocean and fish tacos. While wandering the country for work and school (absolutely not because he was in hiding from mind controlling bunnies), he experienced autumn in New England. Soon after, he settled in Manchester, NH, where he collects swords, drinks, writes, revels in his immortality as a critically acclaimed "visionary" of the urban fantasy genre, and is regularly chastised for making up things for his bio. He can also be found online at A Quiet Pint (aquietpint.com), where he muses philosophical on the life, the universe, and everything, as well as various aspects of writing and the road to getting published.